If you see the dress as gold and white

At this point, a hastily-drawn Photoshop image should explain things: 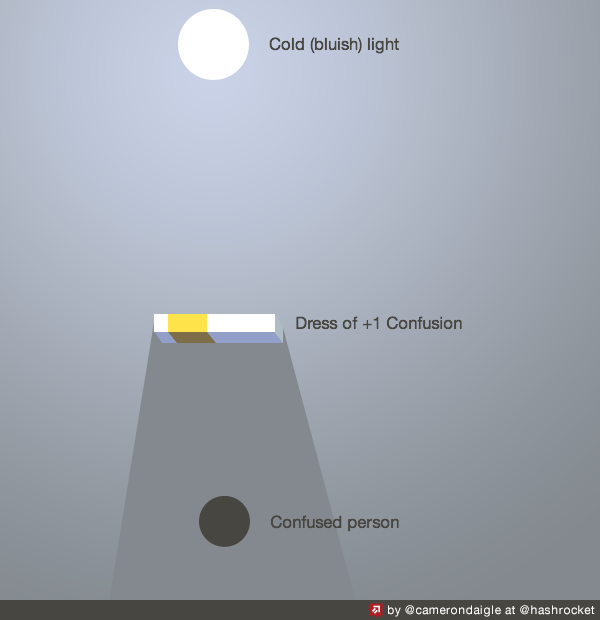 So the bluish tint of the dress is interpreted by your brain as a consequence of the shadows.

If you see the dress as blue and black

Your brain is seeing the dress as blue and black because it's assuming the dress is being lit by a warm light, hence the gold or brown overtones on the “black” area of the dress: 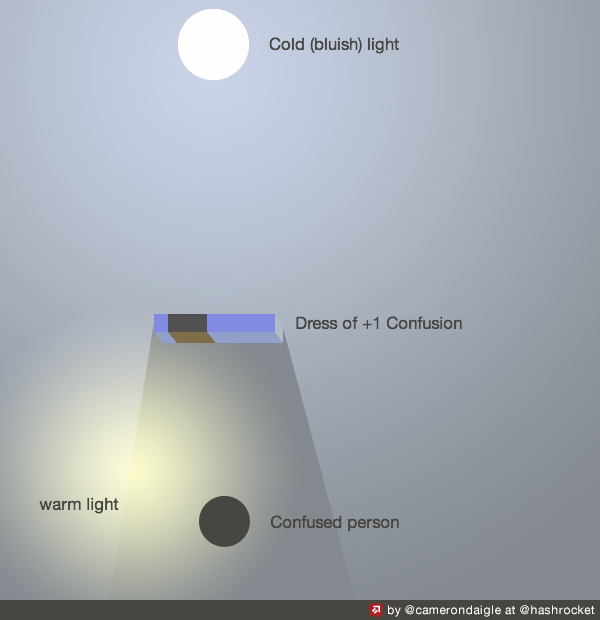 However, this light source isn't actually shown in the photo (and definitely isn't affecting the background, which is overexposed and cold-toned), so people who see the dress as gold and white are SUPER confused by this approach.

Light temperature and light source is everything. The side of the dress facing the Confused Person is composed of the EXACT SAME COLORS in both diagrams. 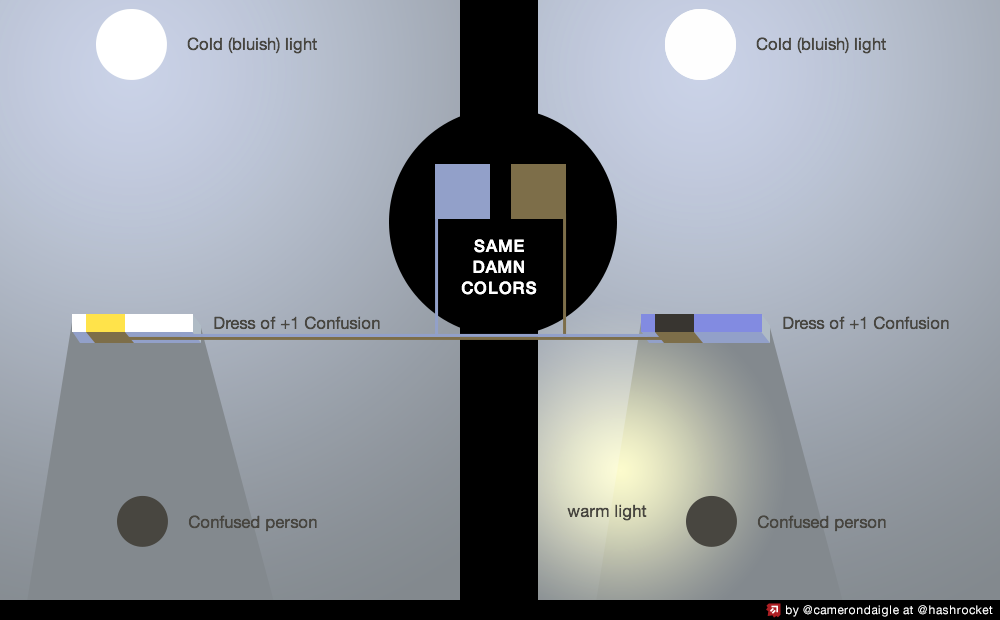 So show this post to your gold-and-white-truther friends and help them see the light.

Sorry for the pun. It's been a long morning.